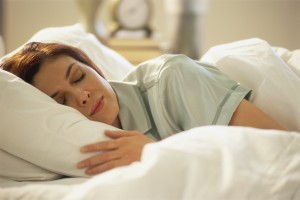 I’m a lucky, lucky girl, if a 45-year old woman can still claim girl status, that is. Anway, I’m extremely lucky. I’m married to the world’s coolest guy, we have super kids, we have an astounding place in Nowhersville, and a great house in Houston. We are healthy. We like our day jobs. We get to collaborate on SkipJack Publishing.

And I get to do radio interviews.

I lo-o-o-o-o-v-e doing radio. Especially when I’m the “call-in” special guest. Call-in guest = Pamela doesn’t have to change out of her PJ’s to talk to thousands of people over the air waves. Sweet!

I got to do exactly that on the Health & Wellness Solutions radio show with my hero, Dr. Stephen F. Hotze. Now, if you’ve read Hot Flashes And Half Ironmans (and, if you haven’t, what are you waiting for, for goodness sakes?), you’ll know about Dr. Hotze already. His natural health and wellness practice saved my life. I’m not exaggerating. All my life I suffered from PMDD, and every year it got worse as my progesterone deficiency increased. Conventional medicine failed me (big time). I thought at the age of 39 that I was over, kaput, finished.

Guess how many half ironmans, marathons, half marathons, and books I’d done before I saw Dr. Hotze?

That would be ZERO.

I got my life back, and then some. I had no idea my general health had declined so drastically over the years. It was nothing short of a miracle, except that it wasn’t a miracle. It was simply bio-identical hormones.

So, anyhoo, anyhow, Dr. Hotze invited me on his show. I put on my very best sleepy sheep PJ’s for it. I had my headset on and was sitting by the phone at the appointed time. I picked up.

“Standby to join Dr. Hotze after the commercial break,” a woman said.

The music came in signalling the start of the show. Dr. Hotze and his co-host Brooke talked for awhile, then came my queue to speak.

As I opened my mouth, the lawn crew that takes take of the yard at the house next door fired up their industrial mower.

I was in a panic. I did my best to answer their questions during the first segment, then we broke to commercial. Shit shit shit. What was I going to do about the background noise? But then the mower moved off to do the other side of the yard. It was better. Good enough.

The cue music started. Dr. Hotze asked me a question.

T.J. Walker didn’t teach us how to handle the noise of industrial mowers in our media training. And I was on a hard-wired land line with a short cord. Eric had replaced our cordless phones with this old-timey model when he could never get the kids to put the phones back on their chargers. It had seemed like such a brilliant move at the time. Not so much now. I stalked to the furthest point I could stretch the cord into reaching. The lawnmower still VROOM’ed in the background.

The segment ended. We went to commercial. By now, sweat dripped down my sides and pooled in my bra. This was not how I had pictured this interview going down. I didn’t have time to stress over whether I had hit my message points or not, or if I sounded like an idiot.

The mower headed toward the backyard. Thank God. I could do the last segment in peace.

The music cued the start of the last segment. I cleared my throat, ready to begin.

This time the lawn guy was mowing the strip of grass adjacent to my office window. Basically, he had all but lodged himself into the phone’s mouthpiece. I had to do something, but what?

I threw myself underneath my desk, the wood providing an extra barrier between me and the awful noice. A little better.

“And so why did you write Hot Flashes and Half Ironmans, Pamela?” Dr. Hotze asked me. Or at least I think he did. I couldn’t quite hear him.

I cupped my hand around the mouthpiece to hold out the noise and in the sound of my voice. I prayed it didn’t sound like a prank caller heavy breathing into the microphone. I began to think about the fun I would have blogging about the experience. I imagined myself away to my happy place, the Annaly tidal pools back on St. Croix.

And then we were saying our thank you’s and good byes. The line went dead. I slumped against the inside of the legs to my desk.

The sound of the mower stopped. I looked outside. They’d done a mighty fine job on the yard. And they were done. Time it took them to mow my neighbor’s yard? The exact forty-five minutes of my appearance on the radio show.

I’m a damn fine Girl Scout, but this time I was not prepared. For a Petey the one-eyed Boston Terrier barking emergency? Yes. I had stashed him in the game room with special treats. For call waiting? Uh huh, I’d turned that off. I’d warned the kids, turned off my cell phone, and put a note on the door so no one could call or ring the bell to interrupt us. But I hadn’t planned for industrial mowers. 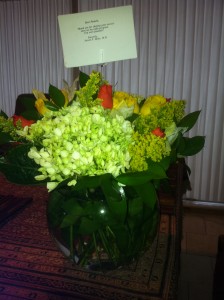 And Dr. Hotze still sent me these flowers as a thank you gift for appearing on his show.

Eric listened to the show, and he swears he couldn’t tell. I don’t think he’d tell me if he could, though. Do you?