Tis’ the Season to “Write Your Own Story”. Merry Christmas !

Merry Christmas from SkipJack Publishing.  The following is a repost from Pamela Fagan Hutchins on putting yourself out there.  It’s timely and really, it’s not just about writing; it’s abo

ut living your best life. LOVE your life, every line of it.  Write your own Story this holiday season.  Practice makes perfect,  get a jump on 2016.  Cheers and Eggnog.

One of the hardest things about writing, any writing, is putting it out there. I’ll bet you can remember the first time you put your heart on paper and let someone else see you bleed. Scary stuff, isn’t it? Whether it’s a paper in college, a blog post, a short story for a contest, or sometimes even a Facebook post. Been there. Hurt like that.

I’ve spent my whole life pretending I was a writer that wasn’t a writer. In fact, I spent most of my life pretending I was things I wasn’t or didn’t want to be, things that satisfied what I thought people expected of me. Things that made me serious. Successful. Safe. I played to my weaknesses, because then I could protect my strengths from exposure, keep them whole, keep myself whole. Maybe this makes sense to some of you. Maybe you’ve been there and hurt like that.

I chose a career where I had to write, but it was only words, not words. I entered a world of other people’s stories, not my own. I spent twenty years at it. I’m still doing it, in fact. I did the same thing in my personal life. With my first marriage. With athletics. With music. I put on a mask and played pretend.

Until seven years ago. Seven years ago, I found my courage. I used it to try out my voice. It wasn’t much of a voice. But the only way it was going to get stronger, better, truer, was if I kept using it.

So that’s what I did. I spent seven years training, learning, practicing, growing, strengthening. I listened to other voices. I sang along with them at times. Other times, I took the harmony role, or struck out on a melody all my own. Over seven years, my voice sang 1,500,000 words, through my fingers. One million five hundred thousand words. That’s seven million five hundred thousand letters, spaces, commas, periods, and God knows what else. It’s 500+ blog posts, on innumerable websites. It’s songs, poems, short stories, and essays. It’s six award-winning narrative nonfiction books published under SkipJack Publishing, and five novels, themselves the winners of multiple awards.

A lot of it was crap, or at least started as crap. That’s why it took seven years. Hell, I can write 1,500 words an hour in my sleep. I could have done the million and a half in that first year and called it a day. I didn’t just write those 1,500,000 words, I rewrote them, over and over and over.

There were five clear points along the way where I had to overcome an absolute maelstrom of doubt and fear inside me, but, yet, when I did, when I did it — put it out there — it moved me forward exponentially. They are the reason for those 1,500,000 words, not just the words as I first wrote them, but the words they became. As a writer, I want to share these points with you in case they help you put it out there, too. Because I think they were essential to my journey. You know the one. The writer’s journey. The one you’re on, if you’re reading this post.

The first — hitting publish on my first blog. Sounds goofy now when I say it. I thought I would turn to stone when I clicked the button the first time. But it got me over the fear that others would hear me (and not like me).

The second? Letting an editor read my work, a big time editor. Scary like the thought of ever using an Epilady again after my first horrible experience with that torture contraption 15 years ago. The conversation I had with that editor was one of the most important in my writing life. She gave me hope, without promises. Reality. It was 20 minutes of her life, and it was the next forty years of mine. Thank you, Jane Friedman.

The third was writing about the subjects most painful and personal to me in the first person and getting the hell over it being about me. Alcoholism. My flaws as a parent. The challenges I face in personal relationships. I learned to access that emotion, put it out there, and separate myself from it. Bonus: it helped other people. That motivates me. Now, finally, I can channel it into strangers, into fiction.

The fourth: when an agent read my whole manuscript. Read two of my whole manuscripts, in fact, back to back. I got the best advice of my fledgling writing career from her. Writing is rewriting, and voice without fully realized craft  is not enough. Thank you, Elizabeth Pomada. I took it to heart and spent the last two years working on craft. It paid off.

And the fifth? Entering my books in contests to be judged, scored, rated, compared, and critiqued. Thank you, writers who give their time to make this possible for their peers.

I’m a writer. I can handle it. 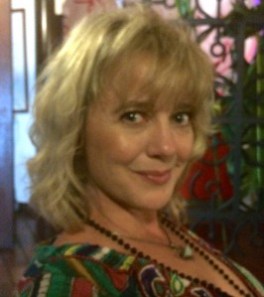 Pamela Fagan Hutchins writes overly long e-mails, hilarious nonfiction, and  series mysteries, like Katie & Annalise which includes the bestselling Saving Grace, and Emily which she kicks off with the 2015 WINNER of the USA Best Book Award for Cross Genre Fiction, Heaven to Betsy. She resides deep in the heart of Nowheresville, Texas and in the frozen north of Snowheresville, Wyoming. Pamela has a passion for great writing and smart authorpreneurship as well as long hikes with her hunky husband and pack of rescue dogs, traveling in the Bookmobile, and experimenting with her Keurig. She also leaps medium-tall buildings in a single bound (if she gets a good running start).

21 Responses to Tis’ the Season to “Write Your Own Story”. Merry Christmas !