How Bookbub and Permafree Changed My Life Last Week So Is Google Play Worth Your Effort?

Just for Fun: TV Mysteries With Ties To Books 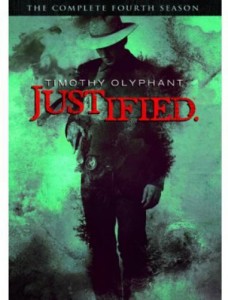 9. Spenser for Hire: The novels were better, but aren’t they always? Robert B. Parker is the bomb. Robert Ulrich did him proud. (And so does Tom Selleck in the Jesse Stone movies)

8. Hart to Hart: A married crime-fighting team. They made it work, without illicit sex. Hats off to them. Novelist Sidney Sheldon wrote the original script upon which the series was based.

7. Remington Steele: All hail the Irish! The series in which we learned to love female detectives and Pierce Brosnan, pre-Bond. OK, this is a stretch, but the Bond books were written by Ian Fleming. Yeah, I didn’t promise the ties would be direct, y’all.

6. Moonlighting: Yeah, yeah, you youngsters don’t remember it. But I dream of demanding someone shooting my life in soft focus now that I’m in my forties. Cybil Shepherd is my hero(ine). The show was inspired by The Taming of the Shrew, written by a fellow called William Shakespeare.

5. Magnum, PI: Makes you want to time travel back to Hawaii with Tom Selleck, circa 1980. Or anytime. Magnum lived in the Robin’s Nest, the home of fictional writer of lurid novels, Robin Masters.

4. The Rockford Files: His car. His wit. His rugged good looks. James Garner. And then there was The Notebook. Sigh. And Nicholas Sparks wrote the Notebook. (This is turning into Six Degrees of Separation With Kevin Bacon, but it’s working for me. How’s it working for you??)

3. Bones: Because what author wouldn’t love a series about their real life? Especially one with crispy corpses and crumbling cadavers. Way to go Kathy Reichs, author of the “Bones” series!

2. Castle: Because what author wouldn’t love to be that big goofball Castle? Love the cameos. Love that the series spawned books by an author whose real identity is not Rick Castle, but is a mystery: http://jeannieruesch.com/wordpress/?p=3213.

1. Justified: Timothy Olyphant, black humor and gore, and did I mention Timothy Olyphant? I’m a sucker for larger-than-life setting and characters. You had me at hello, Elmore Leonard.

I’m looking forward to seeing the Katie & Annalise series next 🙂

Which of your favorite mystery series on TV with literary ties did I leave out?

employment attorney and workplace investigator by day who by night writes award-winning and bestselling romantic mysteries (perma-free Saving Grace, Leaving Annalise, Finding Harmony) and hilarious nonfiction (How to Screw Up Your Kids, What Kind of Loser Indie Publishes?, and others). She is passionate about great writing and smart authorpreneurship. She also leaps medium-tall buildings in a single bound, if she gets a good running start. Visit her website http://pamelahutchins.com, or follow her on Facebook http://facebook.com/pamela.fagan.hutchins.author.

One Response to Just for Fun: TV Mysteries With Ties To Books