What’s in a (character’s) name? 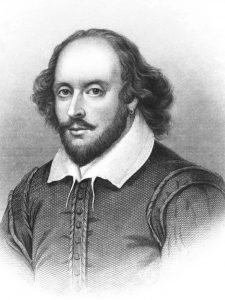 When your imagination first gives birth to a story, the characters are nameless, and choosing names is an important step in fleshing out their identities. The names must fit the personalities. Huck Finn stiffens up if you call him Jackson Remington Pollack, III, and D’Artagnan of The Three Musketeers loses all his steam if you name him Humphrey Clinker.

Naming my death row inmate Kenneth Deatherage (pronounced “death a ridge”) in The Closing took me on a meandering journey. The surname was easy. I found it researching the ancestry of the Oder family. My ancestors were farmers living near Little Washington and Flint Hill, Virginia, in the 1800’s. Deatherages lived all around them, and I found gravestones near those towns bearing that name dating back to 1830. I was so familiar with the name when I selected it for my character that I didn’t realize until later how well it matched the accusations against him – Death rage.

Ken Oder, the author of the Whippoorwill Hollow novels, The Closing and Old Wounds, was born in Virginia in the coastal tidewater area near the York and James Rivers, where military installations during World Wars I and II fueled the growth of urban centers like Norfolk, Hampton, and Newport News. His father worked for the Navy Mine Depot in Yorktown and later as a Hudson dealer until he heard his calling and became the minister at Mount Moriah Methodist Church in 1960. The family moved to White Hall, Virginia, a farm town of about fifty people at the foot of the Blue Ridge Mountains.

The mountains and the rural culture were a jarring contrast to the busy coastal plains, but once the shock wore off, Ken came to love it there. He found the mountains and hollows spectacularly beautiful and the people thoughtful, friendly, and quietly courageous. White Hall became Ken’s home, and his affection and respect for the area and its people have never left him.

Ken and his wife moved to Los Angeles in 1975, where he practiced law and served as an executive until he retired. They still live near their children and grandchildren in California, but a piece of Ken’s heart never left White Hall. That place and time come out in his stories.

2 Responses to What’s in a (character’s) name?