Holy Crapoly! You’re Going to Want to Hear About This. How to Sell a Ton of Books with BookBub: A Tale of Two Authors 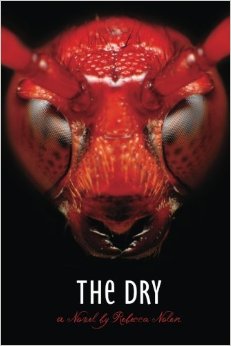 A deadly dry spell has left the earth parched and souls desperate. Crops are failing. Cities are starving. A missing newspaper man doesn’t account for much in times so terrible, except to the twelve-year-old son he left behind. When Elliot Sweeney discovers the search for his father has been called off, he boards a train alone to find him.

His quest leads Elliot into the depths of an abandoned mine, with a peculiar pocket watch, a blind burro, and a gutsy girl at his side. He discovers a world he never dreamed of, even in his worst nightmares, and lands smack in the middle of a war between two kingdoms. Monstrous insects, smiling villains, and dark riddles are everywhere. Deciding who to trust may prove to be his greatest challenge, while the fate of the world above hangs on Elliot’s choice.

Rebecca (R.L.) Nolen lives with her family, a large dog, and two cats in a hundred-year-old cottage in Houston, TX. She writes under the name R.L. Nolen for her adult novels (the upcoming psychological suspense novel Deadly Thyme, set in England) and Rebecca Nolen for her children’s books (The Dry, a suspenseful middle grade historical fantasy). 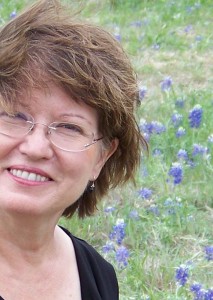 Rebecca is a longtime member of SCBWI, Houston Writers Guild, Sister in Crime, and the Mystery Writers of America. She is a master gardener, and at one time worked writing ads for an insurance company.

Rebecca’s idea for The Dry began in her back yard as she observed the daily war between the wasps and the caterpillars, or the wasps and the spiders. Her observation led to a study of insects in general and an extensive bug collection. Then, on a visit to Oak Ridge, Tennessee, she was moved by photos of the children who worked in the coal mines in the last century. The coal mines in the U.S. might not use children now, but in other parts of the world children are being exploited.

She was born loving all things British. Her January 2014 release is a psychological suspense novel called Deadly Thyme, set in England. She will release it under the name R.L. Nolen. Part of this phenomenon occurred because of family tales of Kings and castles in the family ancestry. Alas, it was a lie. But that did not deter her pursuit of loving Britain. Beginning at age twelve, she read every British murder mystery, cozy, suspense, and thriller that she could get her grubby hands on. And thanks to Netflix all the best Masterpiece theater shows, and BBC productions are available for viewing, which makes for nice long weekends with a cup of hot tea and a dog to keep her feet warm.

For more information about Rebecca (R.L.) Nolen and her books, please contact SkipJack Publishing at info@skipjackpublishing.com.