The Dry: A Novel by Rebecca Nolen 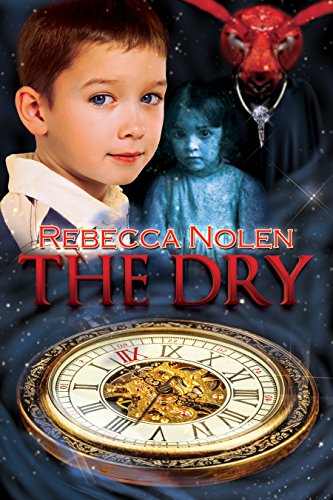 Award Winning Historical Fantasy!Looking for a good story?West Virginia, 1895A deadly dry spell has left the earth parched and souls desperate. Crops are failing. Cities are starving. A missing newspaper man doesn't account for much in times so terrible, except to the twelve-year-old son he left beh...

Looking for a good story?

A deadly dry spell has left the earth parched and souls desperate. Crops are failing. Cities are starving. A missing newspaper man doesn’t account for much in times so terrible, except to the twelve-year-old son he left behind. When Elliot Sweeney discovers the search for his father has been called off, he boards a train alone to find him.

His quest leads Elliot into the depths of an abandoned mine, with a peculiar pocket watch, a blind burro, and a gutsy girl at his side. He finds a world he never dreamed of, even in his worst nightmares, and lands smack in the middle of a war between two kingdoms. Monstrous insects, smiling villains, and dark riddles are everywhere.

Elliot must decide who to trust, the horrible Prince LeVane who is turning the entire world to dust, has enslaved hundreds of children, and is working his father to death? (If Elliot doesn’t go to the water lands to retrieve the mysterious knife that LeVane demands, his father will die.) Or should Elliot trust the fascinating water nymph, Queen Tosia, who says she will help him rescue his father? But then he overhears her making plans to kill him.

Will loyalty, family, and love prevail over greed and exploitation? Deciding who to trust may prove to be Elliot’s greatest challenge, while the fate of the world above hangs on his choice.

Scroll up and grab a copy today.

Share
Facebook Twitter Google+
Preview
Disclosure of Material Connection: Some of the links in the page above are "affiliate links." This means if you click on the link and purchase the item, I will receive an affiliate commission. I am disclosing this in accordance with the Federal Trade Commission's 16 CFR, Part 255: "Guides Concerning the Use of Endorsements and Testimonials in Advertising."